Isaac had said he wanted to get up by 6am today, but we wake to the sound of heavy rainfall on our tent. We pack up as much as we can inside, and make a leisurely breakfast in the vestibule. By 9am the rain hasn’t stopped so we layer up and get a move on. Once we’re making miles, we quickly warm up, hardly noticing the rain.

By noon the rain ceases and the sun pops out, so we take advantage of the moment. Eating lunch, filtering water, and spreading our tent out to dry.

The hike is nestled in the trees today, not as many epic views. But we’re rewarded with comparatively flat tread, no major gains or losses.

I find myself thinking often of my mother. Wondering how she’s doing. Hoping the pain isn’t too bad. Second guessing whether I shouldn’t have rushed back into the woods and instead stuck around home to care for her. She’ll be getting surgery on Monday, and I’m praying I’ll have reception in Twin Lakes to check in with her.

We bump into Liam about 6 miles into the day, and leap frog on and off. 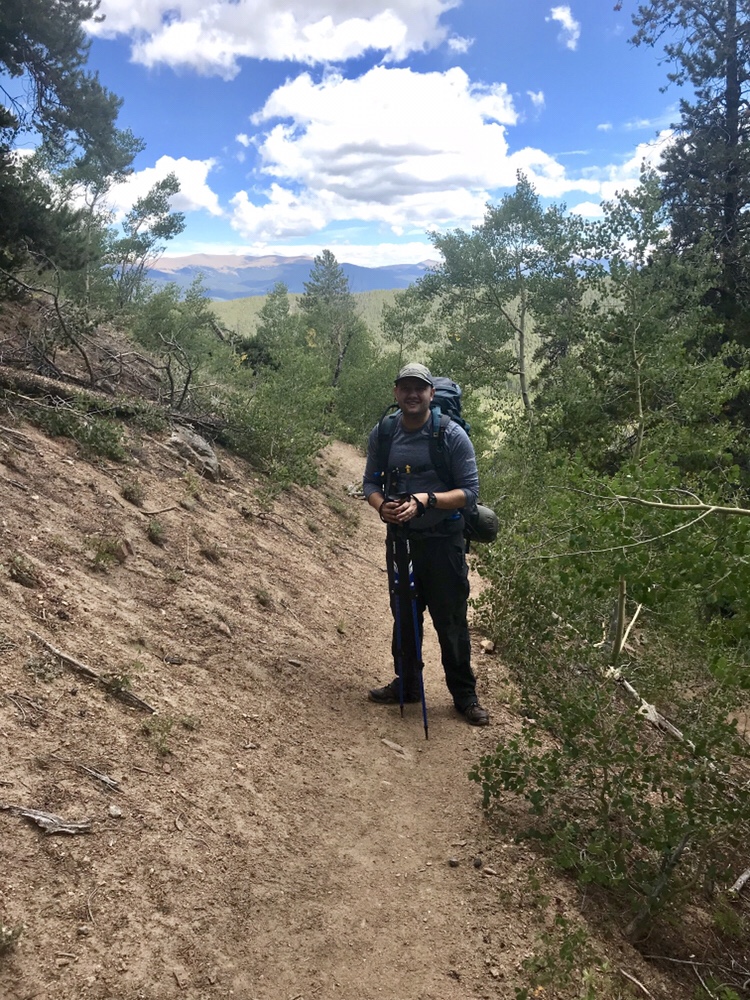 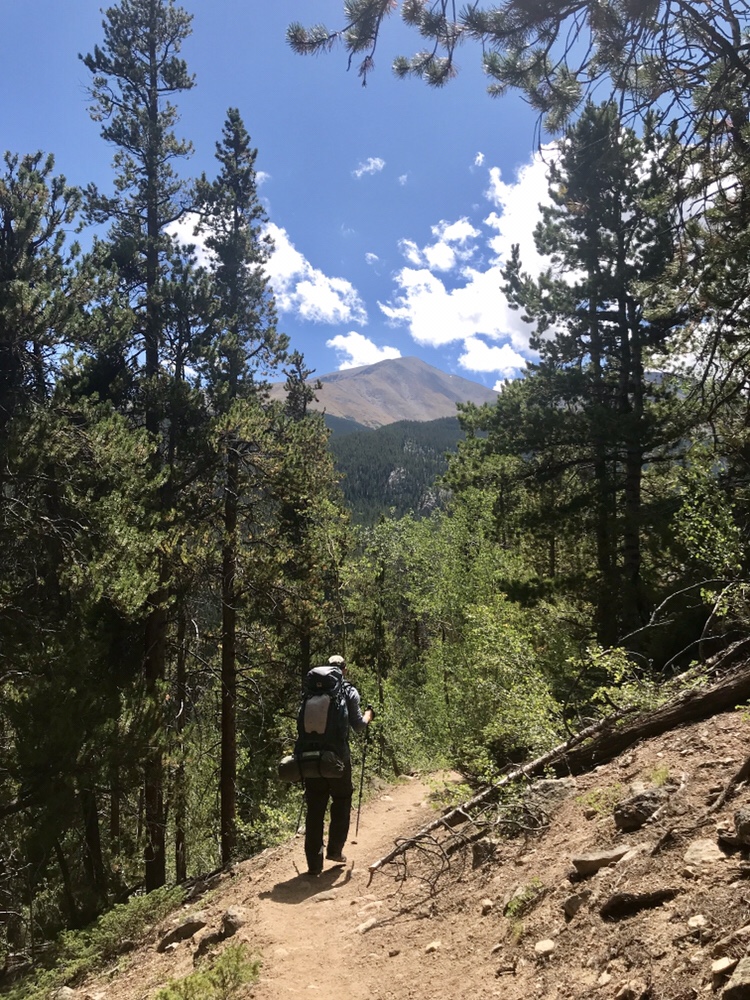 It turns out today is the Leadville 100, an insane 100-mile race through the mountains. Our trail overlaps with the course for 2 to 3 miles, and we lose a lot of time stepping out of the runners’ way. But we’re so impressed by what they’re attempting to do that we cheer each and every one of them on. We even see the friend who gave us some beer the night before, only he’s now about 65 miles into his race. Super impressive!

We’re making pretty good mileage, so we opt to finish the day by hiking down into Twin Lakes, a grueling downhill climb.

We didn’t realize the race actually came through town and it’s packed with runners, families, and fans. We take a tip from the general store owner and pitch our tent (presumably illegally) on the edge of one of the lakes. We’re hoping we don’t get busted, but there weren’t many other options besides hiking a few miles out of this valley, and we’re both feeling the miles in our feet—me, because I’m still struggling with that same injury in my right foot, and Isaac because he’s breaking in his city feet. We’ll laze around town until noon tomorrow, and then head out to tackle the next segment.

For now, we’re relaxing in our tent, nearly 10pm, and runners are still streaming into town to the chorus of spectators’ cheers. We’re told they’ll be coming through until 2am, but we’re glad there’s such a crew to encourage them on. Makes our day seem like a non-issue.

Isaac says: Day 2, not as bomb. I realized I’m carrying 20 pounds of extra weight, mostly in my belly. We’ll tackle that in time.